Jones & Wagener > About Us

Jones & Wagener is a specialist firm of consulting professional engineers and scientists based in South Africa, but with representation in Africa.

We are a well-established firm with depth of experience and have been operating since 1966.

Structural and Geotechnical engineering are the pillars on which the company was built. To meet changing demands and challenges facing our clients, we have broadened our service offering to include Mine Infrastructure, Waste and Tailings disposal. More recently, we responded to environmental concerns with the establishment of our Environmental Engineering, Sciences and Management expertise. In addition to our offices in South Africa, Jones & Wagener Ghana was established in 2018 to service Ghana and neighbouring West African countries.

One of our key strengths is the integration between our scientists and engineers. This close collaboration ensures that our clients experience a seamless process, receiving optimal and sustainable designs and solutions, and streamlining the environmental authorisation process. 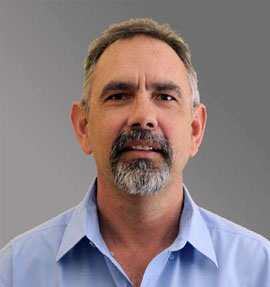 Pierre joined Jones & Wagener in 1994 as a geotechnical engineer and was involved on numerous geotechnical investigations, but also gained experience with the design of mining related infrastructure and tailings dams. In 1996, Pierre and his wife moved to Guildford (England) to study further in Geotechnical Engineer.  He obtained his PhD at the University of Surrey in 1999.  The title of his thesis was “Measurement and prediction of ground movements around three NATM tunnels”.

Pierre returned to Jones & Wagener in 1999 and continued working as a geotechnical engineer. Pierre was promoted to Associate and then to Director in 2004.  In 2014 he was appointed as the CEO of Jones & Wagener, a responsibility which he is continuing to fulfill to date.

Pierre published 22 publications (of which he co-authored 18) ranging from technical papers, dissertation and articles.

Pierre is a Fellow of SAICE and a member of SANCOLD. 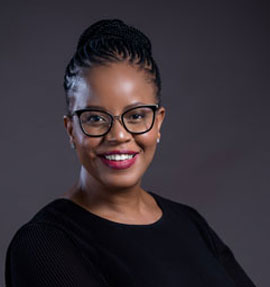 Jabulile Msiza graduated with a B Eng (Civil) in 2005 at the University of Pretoria. She started working at Jones & Wagener in 2005 as a geotechnical engineer in the Waste Department (she was Jones & Wagener’s first bursary student).

Jabulile published ten publications (of which she co-authored 9) ranging from technical papers, dissertation and articles. Most notably is her publication on the specifications of HDPE liners for landfill applications and the performance implications.

Jabulile received the Consulting Engineers South Africa (CESA) 2017 Young Engineer of the Year award. She was a finalist for the Young Professional of the Year in the Built Environment in 2017 by the South African Professional Services Awards (SAPSA). In 2020, Jabulile received the Kelley Nicole Legge trophy in honour of Excellence and Dedication to the Geosynthetics Society by the South African Chapter of the International Geosynthetics Society - GIGSA.

Jabulile is a current member of SAICE, ECSA, GIGSA and IWMSA. She also serves on the International Geosynthetics Society (IGS) as an elected council member, the IGS TC-B (Technical Committee on Barriers) as Vice-Chair and chairs the African regional activities for the IGS. 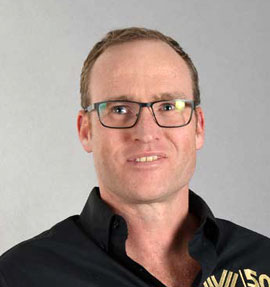 John’s involvement in contaminated land assessments ranges from mining, heavy industrial, petrochemical, radioactive and waste disposal sites. It includes soil, surface water and groundwater contamination assessments, as well as evaluating the need for remediation. John has also been involved in the evaluation and implementation of a range of remediation / mitigation measures. John is also actively involved in geochemical and hydrogeological investigations on a diverse range of brownfields and greenfields mining sites.

John has also been called upon as an expert witness in court cases relating to contaminated land assessments.

John is currently a member of SACNASP, SAIEG and IWMSA.

Mercy Ramabulana is a well experienced Human Resources Generalist with over 25 years wealth of experience from diverse industries i.e I.T(Information Technology), Civil Engineering Consulting & Construction and Fuel wholesale Industry. She is a founding member and director of Azmerc Consulting and Namerc Consulting (Fuel wholesaler).   She is a member of the Institute of Directors and has been trained in areas of corporate governance, duties of directors and board effectiveness. She is a non-executive director and standing board member of Jones & Wagener Engineering & Environmental Consultants and a board member of the Roads Agency Limpopo (RAL). Mercy holds a BA in Social Sciences, a Diploma in Labour Law, and has also completed a Management Development Program (MDP) from the University of Pretoria. 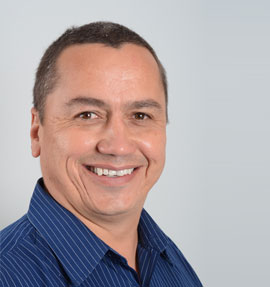 Adriaan Oosthuizen is the HOD of the Environmental Engineering department and is supported by a team of passionate and highly competent individuals comprising of engineers, a technician, a technologist and a scientist.  The group services primarily the mining and industrial sectors, helping their clients develop solutions for mine closure, mine rehabilitation and clean and dirty water separation systems.

Adriaan’s team at Jones & Wagener was awarded the IAIAsa award for “Predictive Rehabilitation Designs” in 2013.

Adriaan has published five conference papers related to Mine Closure and Rehabilitation, of which he co-authored two. He has also presented these at various local and international conferences.

He is a Registered Professional Engineer with the Engineering Council of South Africa (ECSA), a member of SAICE and a member of the Land Rehabilitation Society of Southern Africa (LaRSSA). 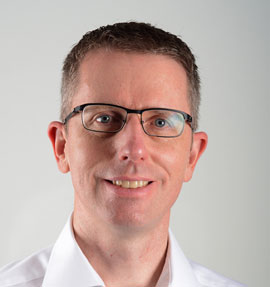 Trevor Green graduated with a BSc (Eng) in 2002 from the University of Witwatersrand.  He started his career at Grinaker-LTA and joined ARQ Consulting the following year as a geotechnical engineer.  While at ARQ, Trevor was privileged to have the opportunity to design foundations for several of the stadiums used for the Soccer World Cup and work extensively on the Gautrain Rapid Rail Link.  He was promoted to Associate in 2007, and obtained his PrEng in the same year.

Trevor’s key areas of expertise include geotechnical design and investigations, with a particular interest in piling,  lateral support, deep basements and retaining structures.

Trevor is a member of SAICE and a professionally registered engineer with ECSA.  He is also actively involved in developing the profession through the Geotechnical Division, serving as Chairman in 2016 & 2017.  He also presents occasional lectures to post-graduate students at the Universities of Witwatersrand and Cape Town.