Fifty years ago Jones & Wagener founders, Winston Jones and Dr Fritz Wagener, combined their expertise and skills to establish what has now become an iconic firm of consulting professional engineers and scientists in South Africa.

“They believed that excellent technical skills coupled with professionalism and integrity were the key characteristics required for success. That ‘belief’ has not changed and today, 50 years on, I certainly believe that Jones & Wagener are still blessed with extraordinary employees,” says Jones & WagenerCEO Dr Pierre van der Berg.

The great friendship that Winston and Fritz had established when working together at Dyckerhoff & Widmann-Thompson is what led to the idea that they should combine forces and create a consulting engineering company and so, towards the end of 1966, with a promise of seven reasonable contracts, the Jones & Wagener partnership was launched.

Only two of these seven projects materialised and the pressure was on to expand their client base. Word of mouth, as it is today,was an important factor that brought Jones & Wagener its first major break when the Johannesburg City Council appointed them to design a monitoring system for the east-west section of the M2 motorway, where it traverses undermined ground. This was the project that not only established the company’s credibility but enabled them to charge a commensurate hourly rate for the first time.

Upon reading that MGM had been awarded the contract to build Anglo Alpha’s cement factory extension at Dudfield, near Lichtenburg, and that one of the MGM directors was a friend of Winston, Fritz picked up the phone, knowing that Winston would never make that kind of ‘asking for work’ call.

One meeting later at MGM’s Elandsfontein offices (later to become CMGM) resulted in Jones & Wagener being awarded the entire contract and it was Jones & Wagener success on this project that started an ongoing professional relationship between the two companies. When CMGM was awarded the tender for the most significant and prestigious project of the time – the Iscor Newcastle Steelworks – Jones & Wagener became the official designers of this monumental project.

“Mr Jones, as he was known to most of us, was the proverbial English gentlemen and an exceptional engineer. His problem solving ability and methodical thinking is illustrated by his engineering solutions and by the fact that in the early days he wrote all the software that Jones & Wagener used. The DotPlot programme written by Winston is still used by industry today for plotting soil profiles” notes Van der Berg.

“Fritz knew that clients coupled with having a team of competent employees, were important and essential ingredients for success. The ‘dream team’ of Jones & Wagener knew no limits. Their joint enthusiasm and engineering excellence saw Jones & Wagener soar, and as the company grew, it added more professionals and experts to the team, enabling it to expand its specialities, while ensuring that Jones & Wagener reputation for expertise remained intact. The company grew professionally and reputationally – it was trusted then and is still trusted today,” Van der Berg states.

Jones & Wagener expertise gained further credentials when Dr Peter Day joined in 1979 bringing geotechnical engineering expertise to the company. Day became the first chairperson of the Jones & Wagener board and, along with Danie Brink, the first CEO of the company, the two implemented a new and successful Jones & Wagener management structure. “Over the years Jones & Wagener has been privileged to offer specialist expertise from a remarkable team of people. It is these very people that made and continue to make Jones & Wagener a distinguished company with admirable talent,” adds Van der Berg.

Economic challenges beset most industries at some stage or another and the construction, infrastructure, mining and civils sector is no stranger to these challenges. Jones & Wagener alternate director Adriaan Oosthuizen commented: “When economic realities bite, we often find project start-up times delayed, making delivery timeframes, at times, unrealistic. We are fortunate that at Jones & Wagener we can absorb and adapt to changing project criteria in an efficient manner. We have the flexibility and capability to deliver critical milestones within required timeframes without compromising on quality.

“Cost-cutting exercises are sought all the time as margins on return-on-investments narrow, but there are no short cuts to good project design. Poor design and project management ultimately costs significantly more. Cutting costs in the design process diminishes the quality and sustainability of projects in the long term. Jones & Wagener does not compromise on the integrity of our designs, we do the job properly. Our client base knows we are specialists that offer value and our reputation in this regard is what our clients recognise and respect,” concludes Oosthuizen.

“We have been fortunate that the engineering skills shortage has not had any serious impact on Jones & Wagener, mainly owing to our association with many university engineering faculties countrywide, our bursary scheme, Education Foundation and our reputation that makes graduates gravitate towards the opportunities we can present them with.

“We are celebrating 50 years of engineering excellence in South Africa. We are excited about the next 50 years. We are optimistic. Our investment into advanced technologies and disciplines puts us at the forefront of our profession.”

Van der Berg emphasises that 50 years ago Jones & Wagener was founded on integrity, ethics, good people, professionalism and relationships, adding that today that culture is still in place. “It is still the foundation on which we operate. The highlight of this company for me is our people: their commitment, their desire for growth professionally and personally, their dedication to sharing knowledge, to go that extra mile for our clients and colleagues and their successful participation on projects that reflect all of the excellence, expertise and professionalism that Jones & Wagener represents.” 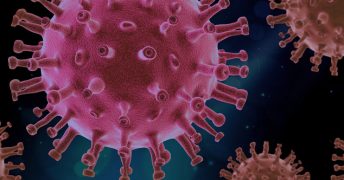 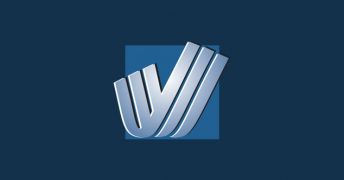 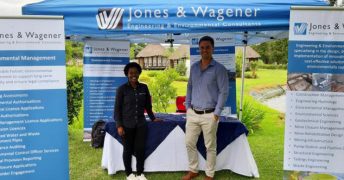